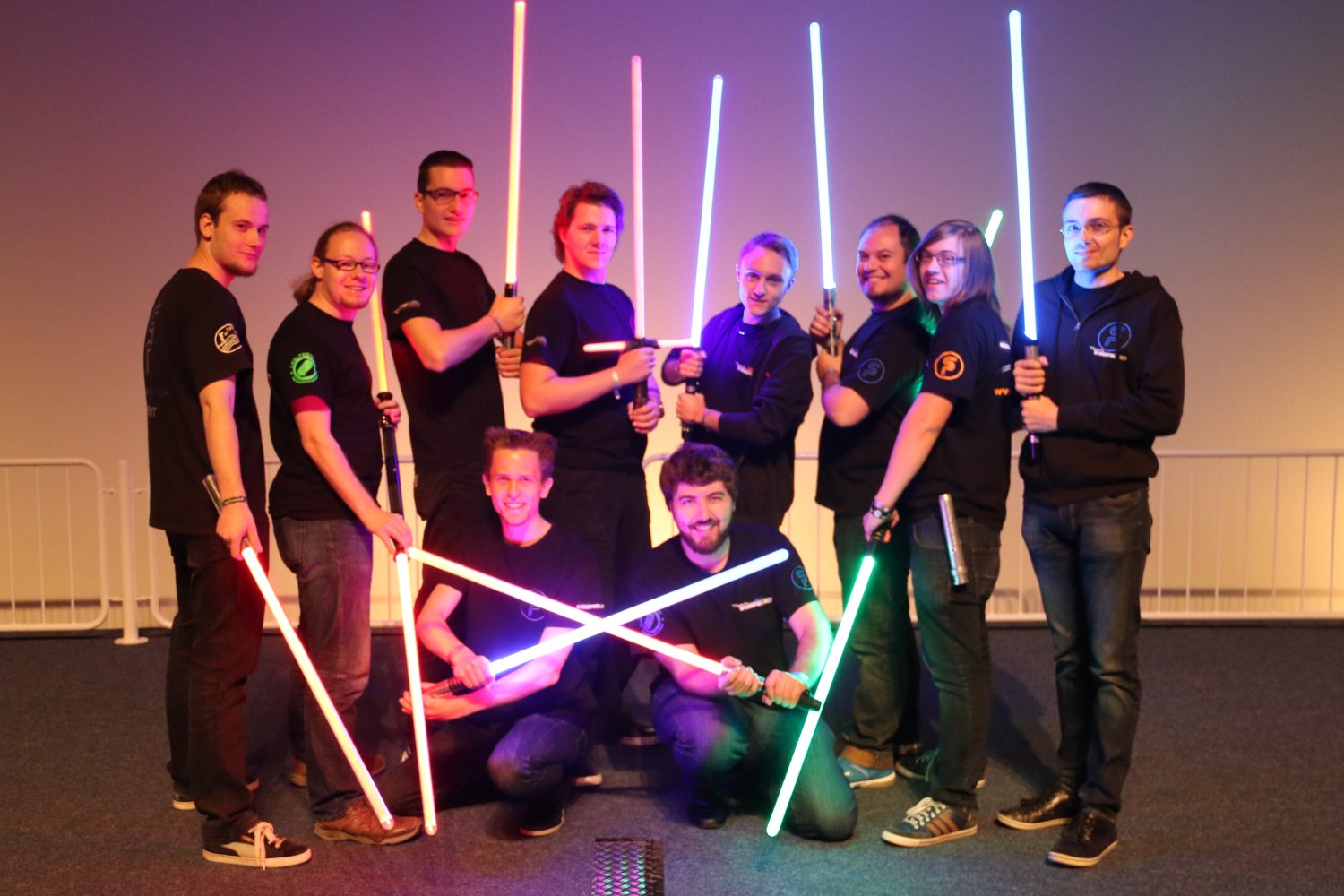 Back for a fourth time!

The Technic Museum in Speyer: On 26th and 27th of September the expensive rarities of automotive history were not the only eye catchers. But what happens if the museum itself is not the main attraction?

When characters from a galaxy far, far away romp about the exhibits there is just one reason: The science fiction gathering took place already for the eight time. Enough for us to be involved and to enrich the event with lightsabers. Although we were on site without our booth we were able to do one of the best stage performances of the year because the truly gigantic IMAX cinema of the museum was as usual not just for the visitors a perfect place to experience the show.

We also had a lot of fun to fight our lightsaber choreographies on the spacious stage and thereby enjoy the finest cinema sound. If that was not enough, the audience made it even better! The audience was great and applause between the scenes was an absolute new experience for us! We would like to thank you again! Through that kind of motivation it might make it not easier to perform a show three times a day but it makes it even more entertaining and fun!

But there was also a lot to do apart from that. If we were not busy with the preparation of the show, we had enough time to walk through the museum, meet old friends or do a short side trip to the aerospace exhibition where fan- and merchandise booths were present between a real space shuttle and other space technology.

Wanja Gerick (German voice of Anakin Skywalker), Peter Roy (Rebel-Officer Episode IV) and Michael Kingma (Wookiee-General Tarful) answered all kind of questions in a panel with our own Tim who was the host again. In the meantime visitors were able to participate in various activities. This also included a workshop, which allowed an interesting and also informative insight in the language of the Klingons. For all linguistically it meant: the Klingon teacher has arrived!

All in all an exhausting but also very amusing event in front of a one-of-a-kind scenery passed by, where all Science Fiction Fans got their money’s worth.

We want to thank you and look forward to coming back next year, when hopefully all kinds of stormtroopers, wookies and maybe the one or the other Klingon transforms the Technic Museum into a spaceport.