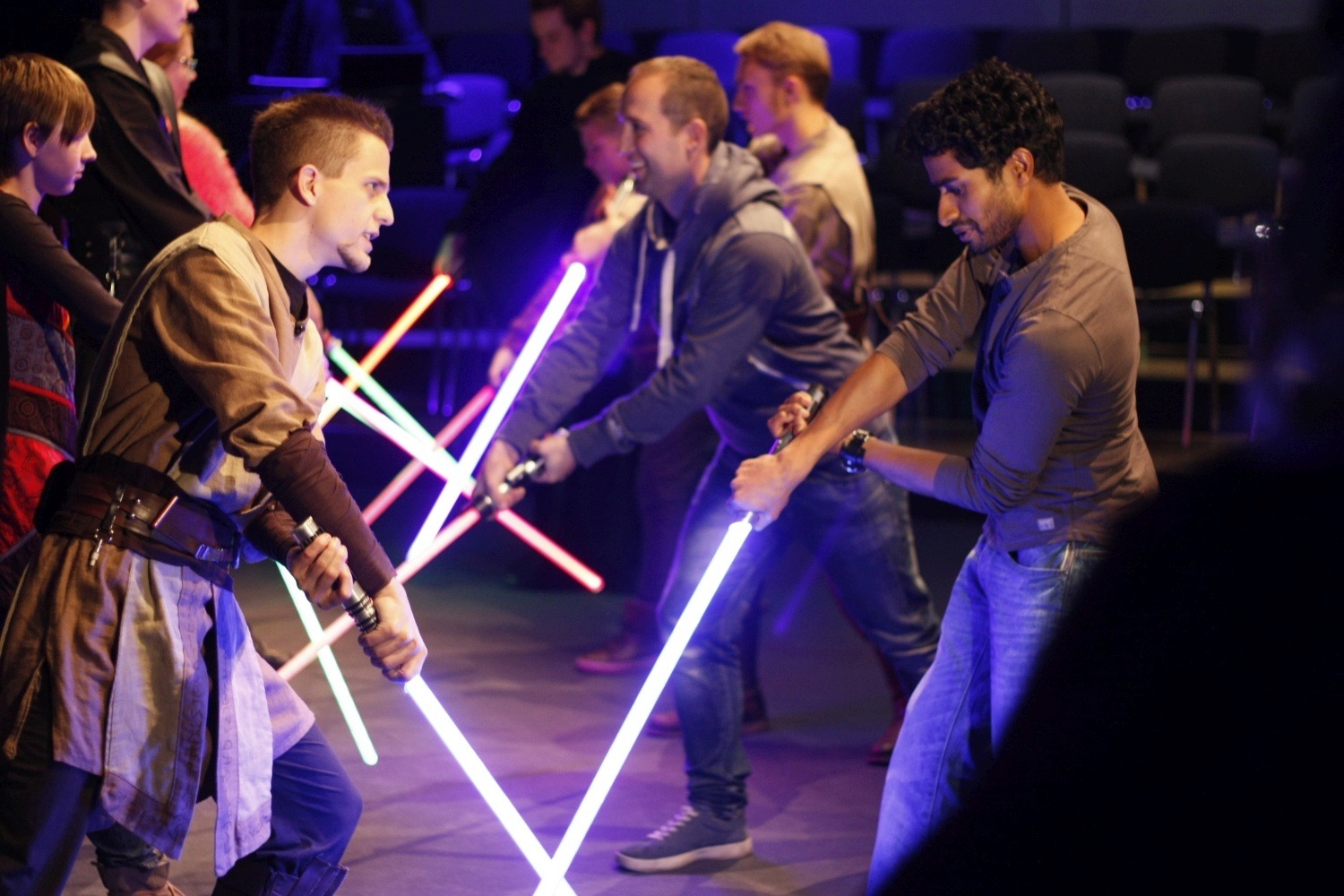 What forces shape you?

Since the beginning of May 2015 Cologne became the hot spot for Star Wars fans. The travelling exhibition Star Wars Indentitites found their way to the Odysseum Cologne. Those who followed our activities from time to time will notice that we were not completely uninvolved in the exhibition. We had the opportunity to sweeten the visits of guests young and old into a galaxy far, far away.

But what makes the trip so special? Those who saw everything will surely be able to tell a lot. According to concept drawings and graphics one will see what creative and productive efforts were done to construct a world which does in fact not exists but which exists in us like nothing else. Regardless of scenes, spaceships, figures, everywhere you were able to recognize the development of the movies. Did you know that Yoda was similar to a German garden gnome in early sketches? In addition there was a huge amount of bigger props. Costumes of Jedi, Sith, and Bounty Hunters as well as original models of the ships of the Empire and Rebellion combined to a bundle of positive impressions and memories. Thanks to interactive terminals everyone was able to answer questions to get their own Star Wars character at the end.

Unfortunately like every visit ends, the exhibition ends too. After we organized workshops on two events, which were very special for us and all participants, we had to say goodbye on November 14thbut not without celebrating the past weeks and months. At the closing ceremony we had the chance to hold a workshop which was recorded by a camera team from ZDF. In addition to that we were able to perform our stage performance for the last time and therefore bring the last program to a successful and fun completion. Aside from that, more entertainment was provided. Around 300 guests including us used the dance floor, established contacts at the bar, watched the laser show or played LaserTag. At least our hit ratio were better that those of the Stormtroopers.

All in all one of the best tours of the year ended, which knew how to excite all Star Wars Fans along the line. We want to thank our friend Jasmin for stepping into our show, as well as all visitors and employees of the Odysseum. Without them the events would not have been possible.

ut there are chances to see the exhibition again! From December 18th you will be able to visit Darth Vader and company in Vienna again. We hope you enjoy it and have lots of fun.