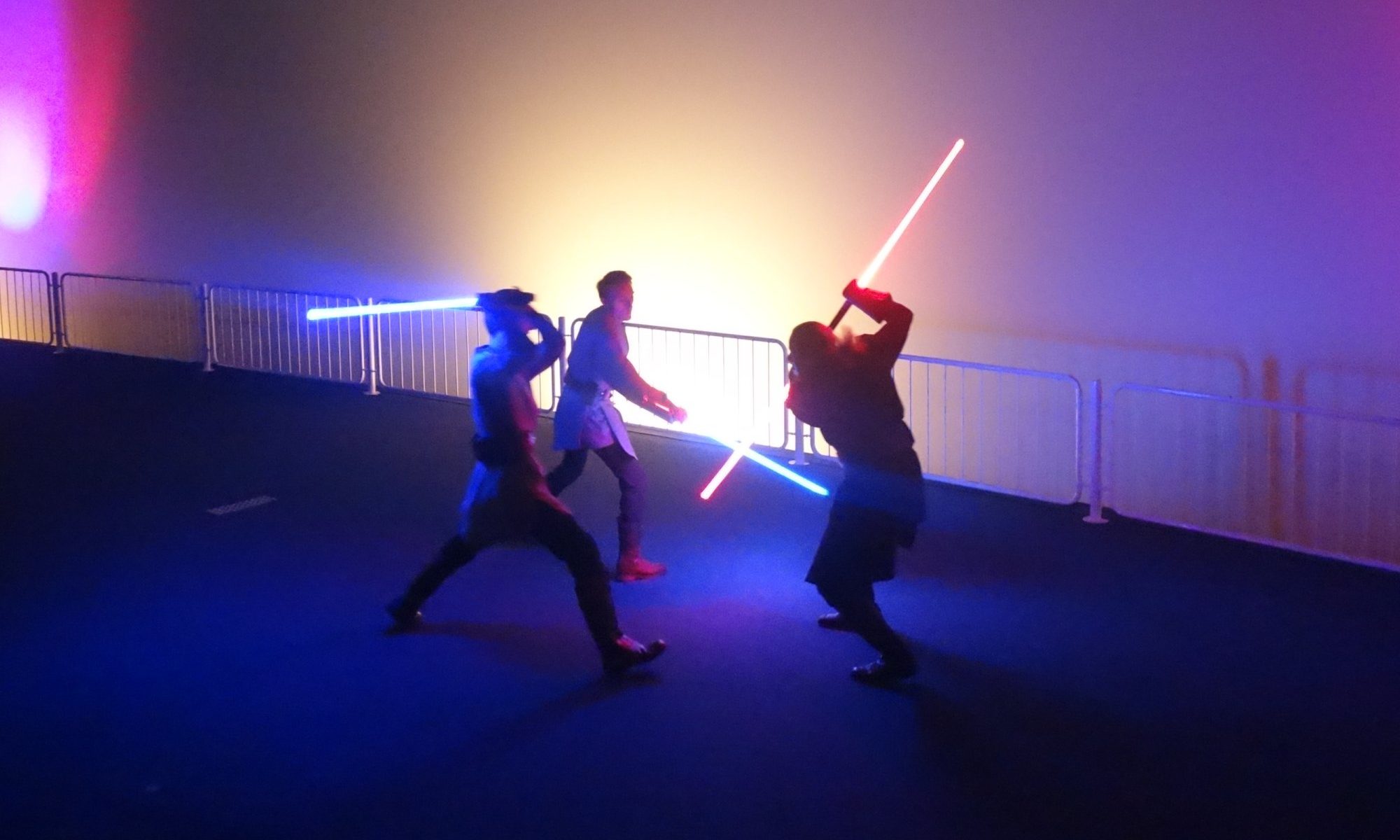 On 27th and 28th of September, the Museum of Technique opened its doors not just for technique enthusiasts and inquisitives, but also for all kinds of creatures from galaxies far, far away. . Fiktion trifft Realität.

Of course lightsabers could not be missed – this is why we were part of it by now for the third time. In contrast to last years, we just attended on Saturday because we had to drive to Cologne in the evening to celebrate the release of the new Star Wars Animation Series “Star Wars Rebels“ together with Disney on Sunday.

The more we enjoyed the day in the museum with beautiful weather and as usual impressive backdrops, strolled up the extensive area in our costumes or held a chat with friends from the German Garrison, Toy Palace or the Official Star Wars Fan Club. Despite the magical atmosphere, we always had a look on the clock, because we got to do three stage performances in the forum of the museum on that day.

After the first successful performance, the first of us had lunch, while our engineers took care of some sabers which failed on stage. That way, time passed by quickly and we stood in front of a well-filled tribune again and presented our lightsaber show which ended up unplanned:

Shortly before the end, Tim was hit by Markus‘ blade and lost a piece of his incisor. Although we never had such a serious glitch, Markus improvised and beckoned to Darth Vader before he knelt down in front of the dark lord and thus brought the performance to an unexpected but believable ending.
In the meantime Tim recovered and spontaneous resumed the closing remarks sovereignly as usual with the lost piece of his teeth on his tongue, before he was sent to a dentist.

The others feared for the third show but after Tim’s return it quickly turned out we could perform our show for a last time that day. Without any glitches and knocked out teeth we performed our show for the last time before we shortly afterwards packed our bags and made our way to Cologne after a hearty goodbye and the promise to come back next year.