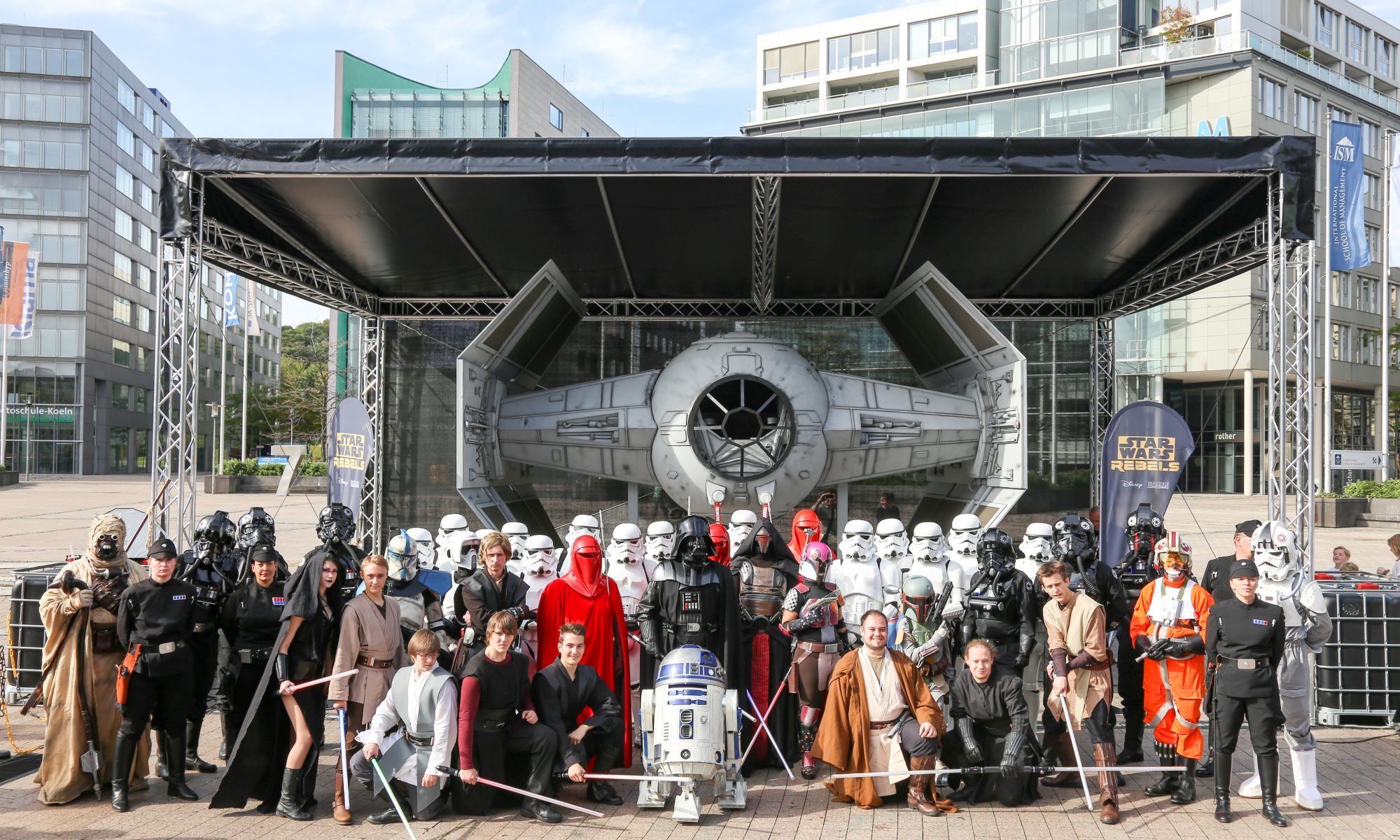 Saturday evening - After an exhausting journey we finally arrived in Cologne. After a common drink with our mates from Project X1, who built up their Darth Vader TIE Fighter for the event, we went directly and straightforward into our hotel rooms. The next morning, all of us were well-rested and ready to celebrate the premiere of the new series „Star Wars Rebels“ together with Disney.

Doch auch, wenn das Event schon am späten Nachmittag wieder vorbei sein sollte, gab es jede Menge zu tun.
Although the event should have been over in the late afternoon we had much to prepare. Before everything started, our assistants Lukas and Annika arrived, who we already got to know at GamesCom. Now with everyone arrived we practiced our stage performance, which later should be performed in the auditorium where the premiere took place. Although the stage was quite small everything went like clockwork and we were confident that everything would work out during our performance.

But that wasn’t enough. Shortly after the opening of the event plenty of Stormtroopers, other henchmen of the Empire and, of course, Star Wars enthusiasts cavorted at the Cinedome. So we had enough time to have some amusing chats, meeting old friends or making new contacts before we started our lightsaber workshop. This time the crowd was particularly large and we got our hands full to train young and old fans in the art of lightsaber combat.

Directly after the workshop the highlight was almost there. Without any breaks we made our way to the auditorium. After a short introduction we slipped again into our roles as Jedi and Sith and performed a good show.

Happy to have mastered the majority of the event, we took off our costumes and packed our stuff. In the end we enjoyed a private screening of the new animation series. All in all the weekend passed by too quickly and we made our way home. But there was not much time to relax as the Jedi-Con should take place in less