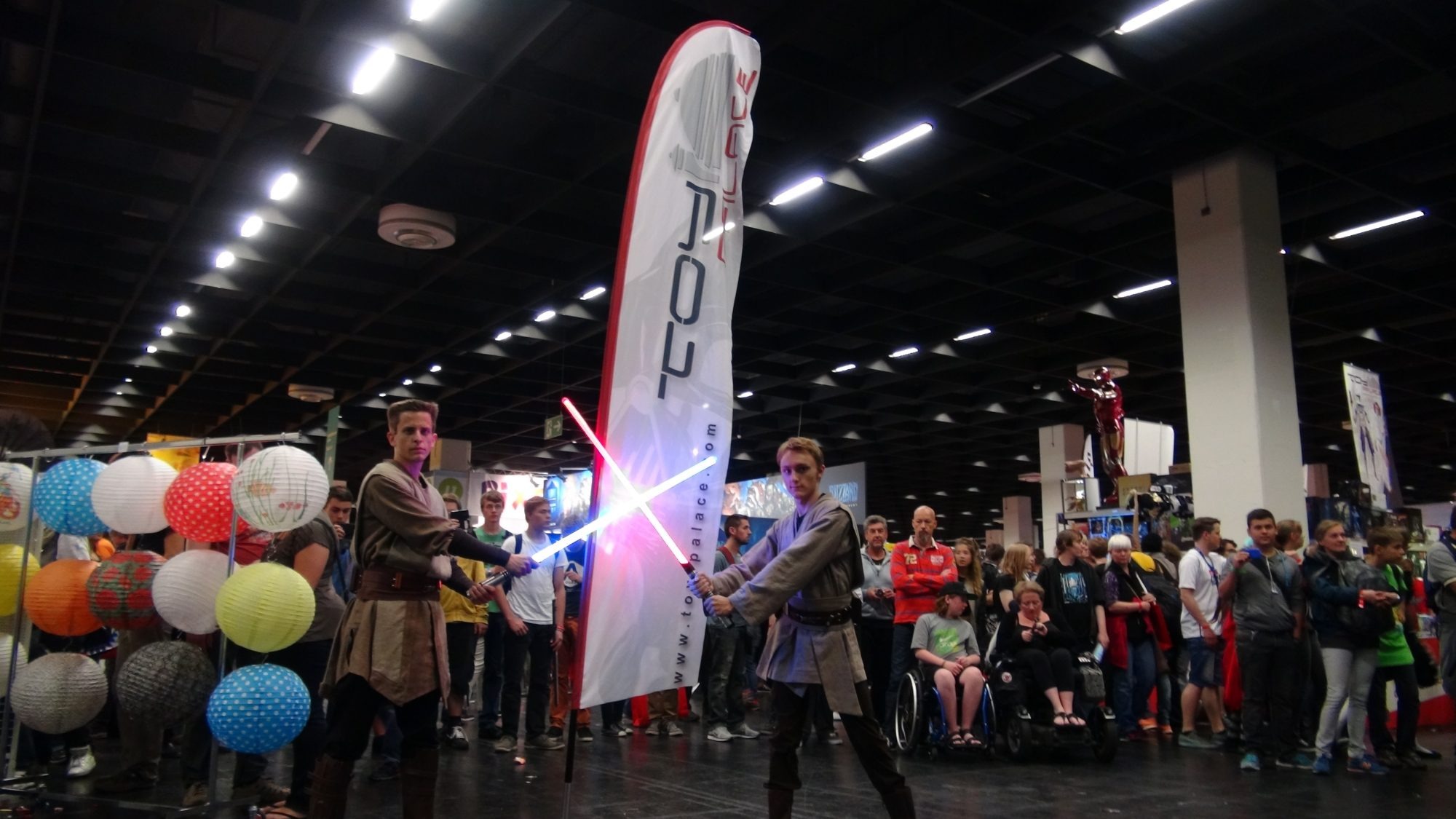 One week at gamescom together with Toy Palace

Without show, without the booth and not even workshops – does an event actually work for Saberproject?

The answer is yes, because of course we do nothing without lightsaber action in any form! In the strict sense, we haven’t been without a booth, because at Gamescom 2014, we helped our partner Toy Palace out.

On all days, Alex, Tim and Hendrik have supported the team of Toy Palace and advised visitors well in terms of lightsabers and Star Wars.

If we had some space and time, we performed smaller lightsaber duels and tricks, which made people always form a cluster around us. Due to the nearby "Cosplay Village" in our hall, we could do unusual fights with many cosplayers, so suddenly a Jedi dueled with Link from Zelda or with Harley Quinn from DC Comics universe.
Of course we also met other Jedi and Sith, which we included in our "mini-performances".

We were in Cologne for almost a week including building up the booth of Toy Palace, at which we had a lot of fun, met old and new acquaintances and of course provided good lightsaber entertainment.

Our special thanks goes to the team of Toy Palace! We hope to have been a good support and look forward to meet you at another event!