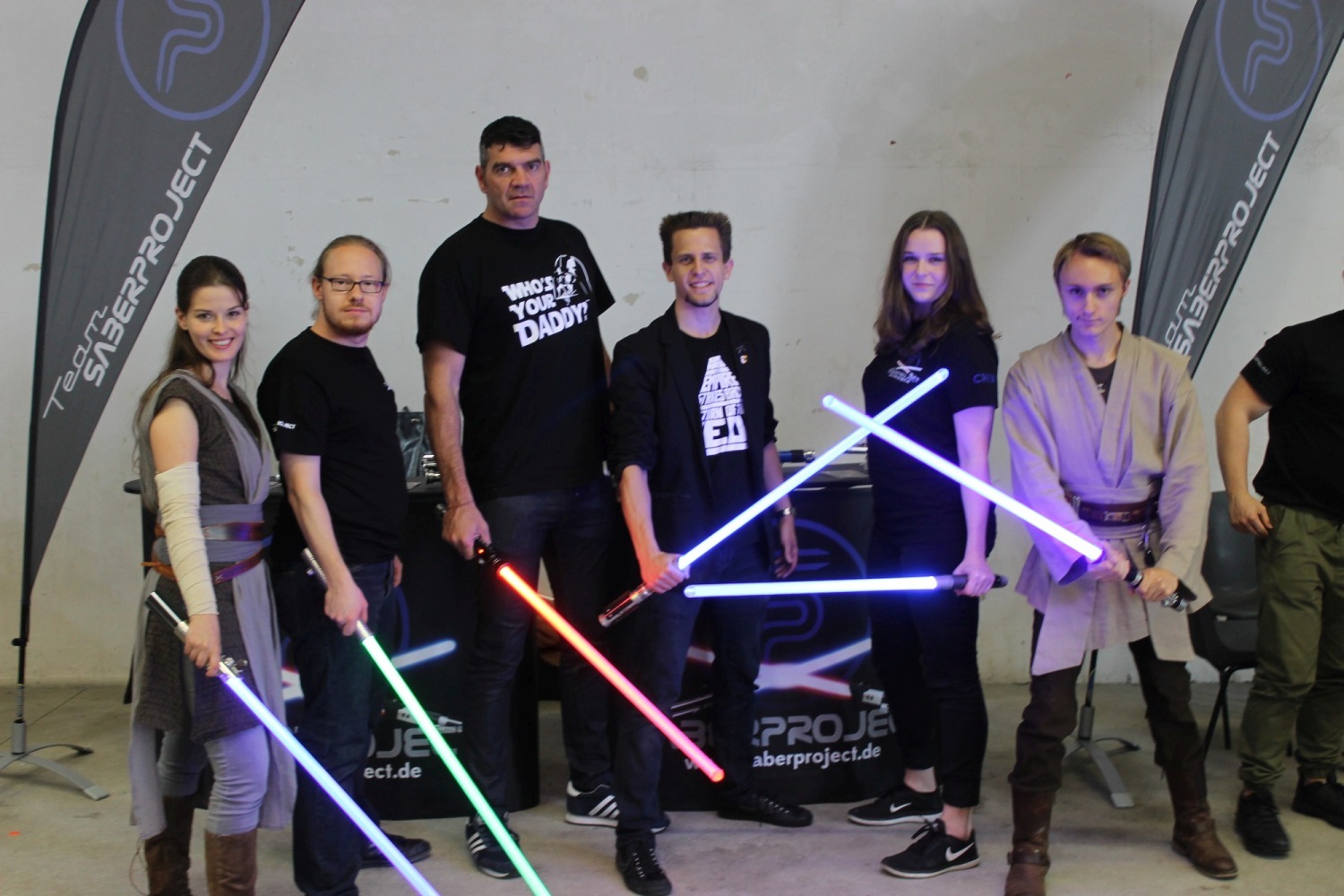 Power of the Force Convention 2017

From August 19th to 20th 2017 the Power of the Force Convention took place at “Turbinenhalle” in Oberhausen. Organized as a Star Wars only event, you could find exhibitors, merchants, and also a few Star Wars contributors. Besides the German Garrison and the Rebel Legion – German Base Yavin some of our members also participated to inform visitors about lightsabers and our activities with the help of a few displayed lightsabers.

But not only did we bring lightsabers to display – some of them could even be tried out. As a bonus Hendrik, Markus, and Tim showed a few choreographies – if Tim was not busy with his actual job as the official moderator of the convention. As we had set up camp close to the stage we were able to follow Tim as he led through the panels with various guest stars.

Among his guests were Spencer Wilding, Darth Vader in Rogue One, or Guy Henry, inner empire rival to Orson Krennic and later commander of the death star, Wilhuff Tarkin and lovely Ingvil Deila, Princess Leia of Rogue One. Another highlight was the performance of Hans-Georg Panczak, German voice of Luke Skywalker, who tantalized guest with a reading. In spite of a few difficulties Tim confidently let through the day and was able to coax a few interesting stories out of his famous guests.

Besides watching the panels, which Tim moderated on both days visitors could stock up on merchandise, get a signature from one of the stars or take a picture together with the many fans in costumes. Additionally a Dinner with the Stars was held on Saturday evening where one could enjoy a drink and talk to the guest in a relaxed and familiar atmosphere.

We were enjoying ourselves on both days and were able to meet many old and new acquaintances. Amongst others we met a small delegation of the fan group “Outer Rim Kiel” which has only been around a few months from way up north with whom we clicked right away. After an intensive weekend with many new impressions we drove home to refuel for the next two weekends on which we participated in both gamescom and Phantastika.