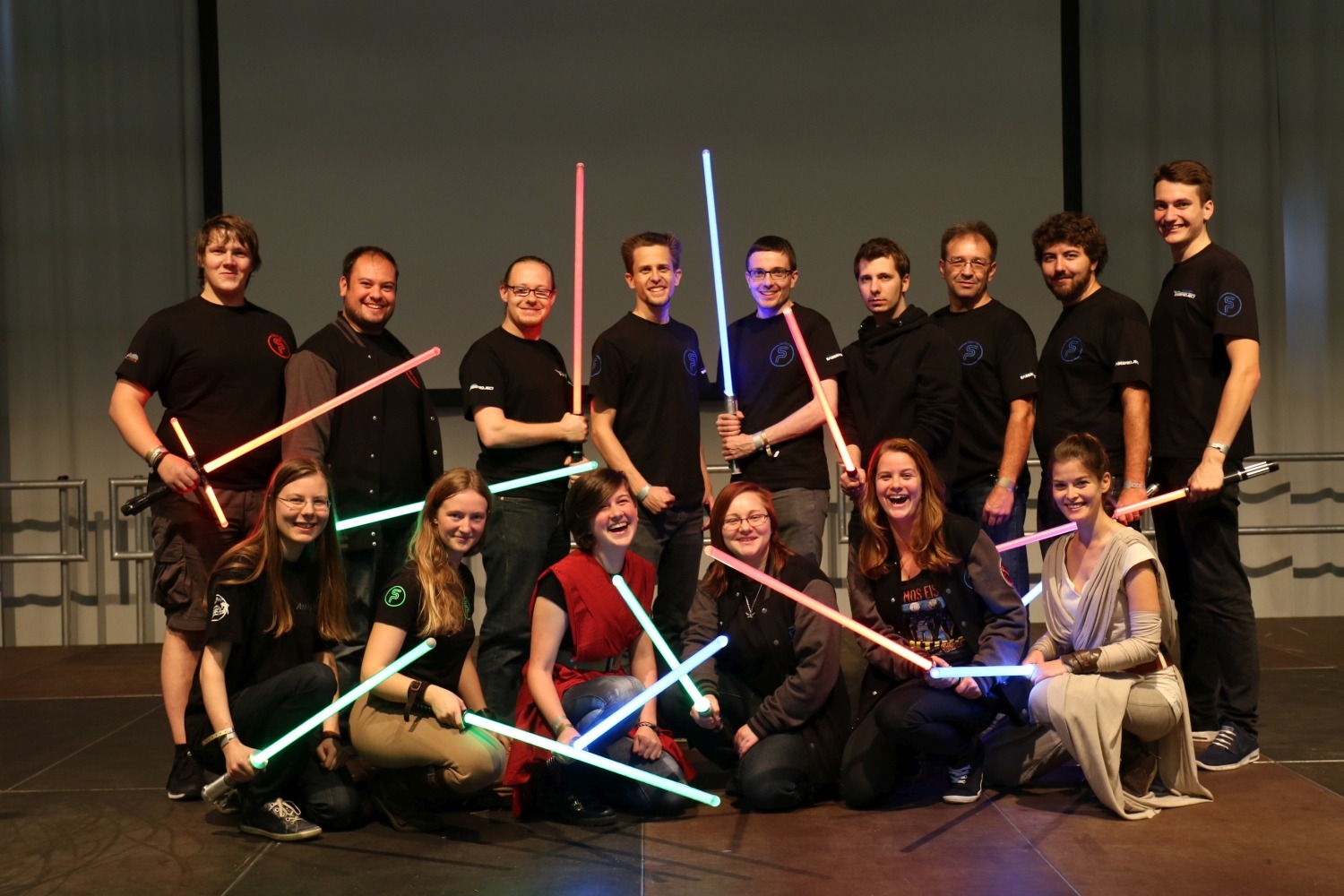 From September 24th to 25th the Technic Museum Speyer was location of the Science-Fiction gathering for the ninth time, where more than 240 members of the costuming club German Garrison were guest in Europe’s biggest aerospace exhibition. The annual Science-Fiction gathering is a real eye-catcher with all fan groups and costumed people from Star Wars, Star Trek and a lot more franchises.

After ‘The Force Awakens” fans from the movie were happy about the star guests Phoenix James (Stormtrooper) and Bern Collaço (First Order General), which participated in Episode VII and did some signing sessions for the guests. The audience got a lot of impressions from the new movie from the actors at a panel hosted by Tim. The stars also answered lots of questions by the audience.

In addition to many known faces in front of an impressive setting, the event had some new things to offer. First of all we had another opportunity to perform our current stage program ‘A spark of Hope’.Our show was moved to the hall of Hangar 10, where almost 600 guests could follow the thrilling combats for the map to Skywalker with optimal light and sound conditions. After our kickoff at Legoland Germany we presented the fight between the survived Jedi Knights and the Knights of Ren with a lot of action.

We performed a total of six stage performances this weekend. Normally it’s routine but this time we had a special challenge: Hendrik, who has a central role in the show, became ill short-dated. Tim filled in and had to learn all choreographies at one weekend. The tension was appropriate when we performed for the first time in front of the fully occupied hall. After the first pass was done without bigger mishaps, the euphoria and anticipation rose higher. Further shows were performed without injuries and incidents. The only thing was that Tim forgot his pouch with the hologram backstage and recognized his mistake, when Hans-Georg Panczaks voice, the German voice of Luke Skywalker sounded from the stage speakers.

Another improvement constituted a live-stream of one of our shows, so that all who could not attend were able to enjoy the show in real-time. Live-Stream einer unserer Shows, sodass alle, die nicht vor Ort sein konnten, unsere Show via Facebook trotzdem in Echtzeit genießen konnten.

We want to thank Corinna Handrich, who organizes this event every year with a lot of engagement and dedication. We wish Hendrik, who followed the live-stream from his home, a speedy recovery and an early return into our program. Last but not least we want to thank all participants, visitors, technicians and supports, which made this event to an unique experience. We see you 2017 when it says again: Fiction meets reality.
Last but not least danken wir allen Teilnehmern, Besuchern, Technikern und Helfern, die dieses Event zu einer einmaligen Erinnerung gemacht haben und uns schon jetzt davon träumen lassen, wenn es auch 2017 wieder heißt: Fiktion trifft Realität.