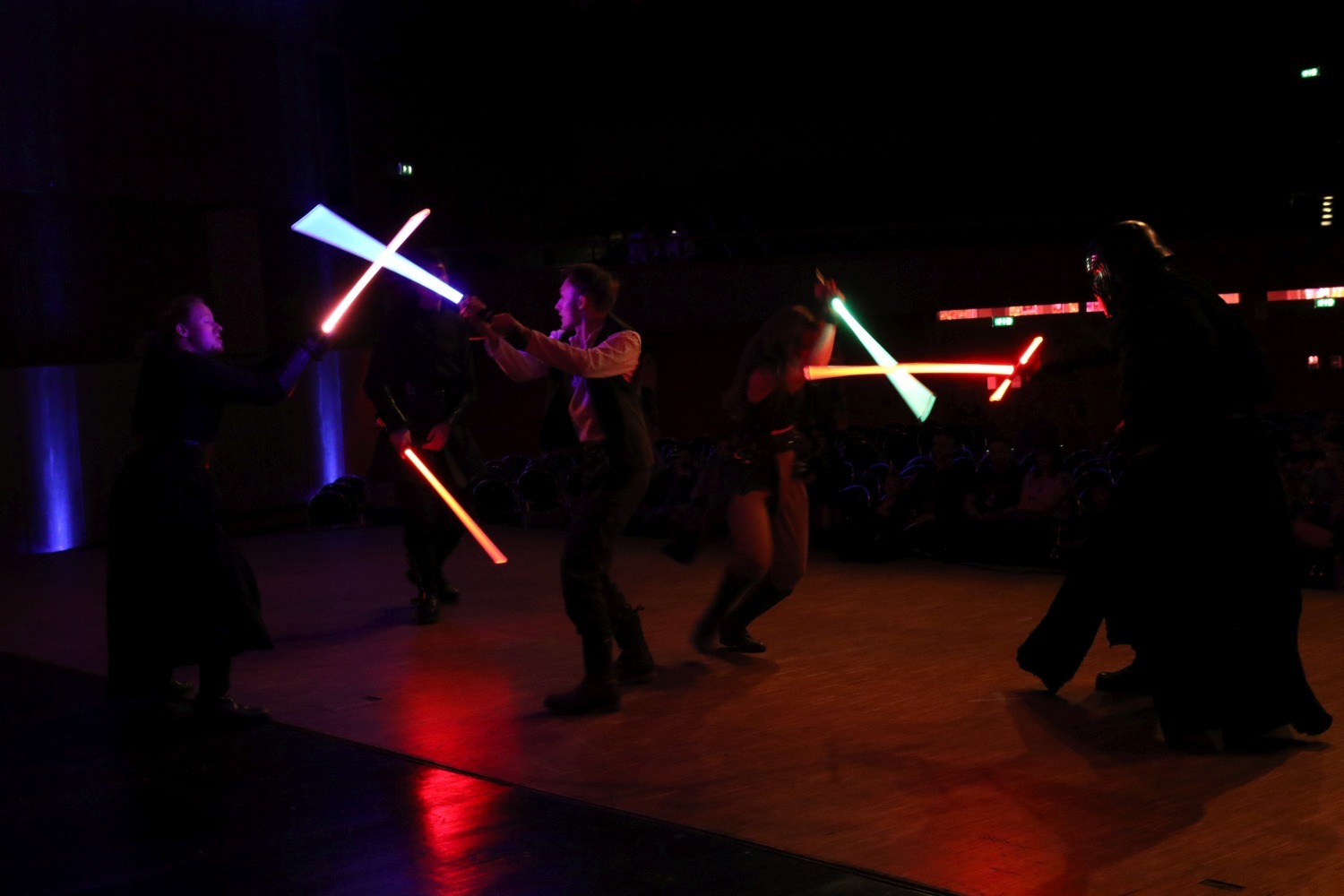 On the first weekend in September, two weeks after the “Power of the Force Convention” and again in Oberhausen, the “Phantastika” took place for the very first time. This ”Fantasy Festival“ mostly welcomed authors and publishers of the Fantasy genre which made us part of the more exotic participants. But guests could also view Star Trek replicas or the large exhibition of Doctor Who costumes and characters.

After a little more than a year we finally were able to set up our booth again. There we showed visitors all kinds of lightsabers of our collection. Besides readings, audio dramas, and a screening of the movie „Mara und der Feuerbringer“ various workshops were offered. Visitors could try their creative side and build their own Tardis or be more physically active and participate in the sword fighting workshop under the guidance of „Game of Thrones“-Star Ian Beattie. We also offered workshops three times a day and taught our enthusiastic participants the basics of the lightsaber show fighting. Following the workshop all participants had to put their skills to the test and fight against the Dark Lord of the Sith, Darth Vader, on the main stage.

On Saturday evening the awarding of the “Deutschen Phantastik Preis“ took place, which was loosened up by different show acts. We also participated with a Minishow – a concept that we will definitely follow up in the future, so stay tuned!

On Sunday afternoon we eventually performed our only, complete show for the weekend. We showed our quickly refreshed program “A sparkle of hope” which we had already shown last year at various occasions.
In the late afternoon the event came to a close, we dismantled our booth in record time, packed all of our lightsabers up, and went on our ways home.