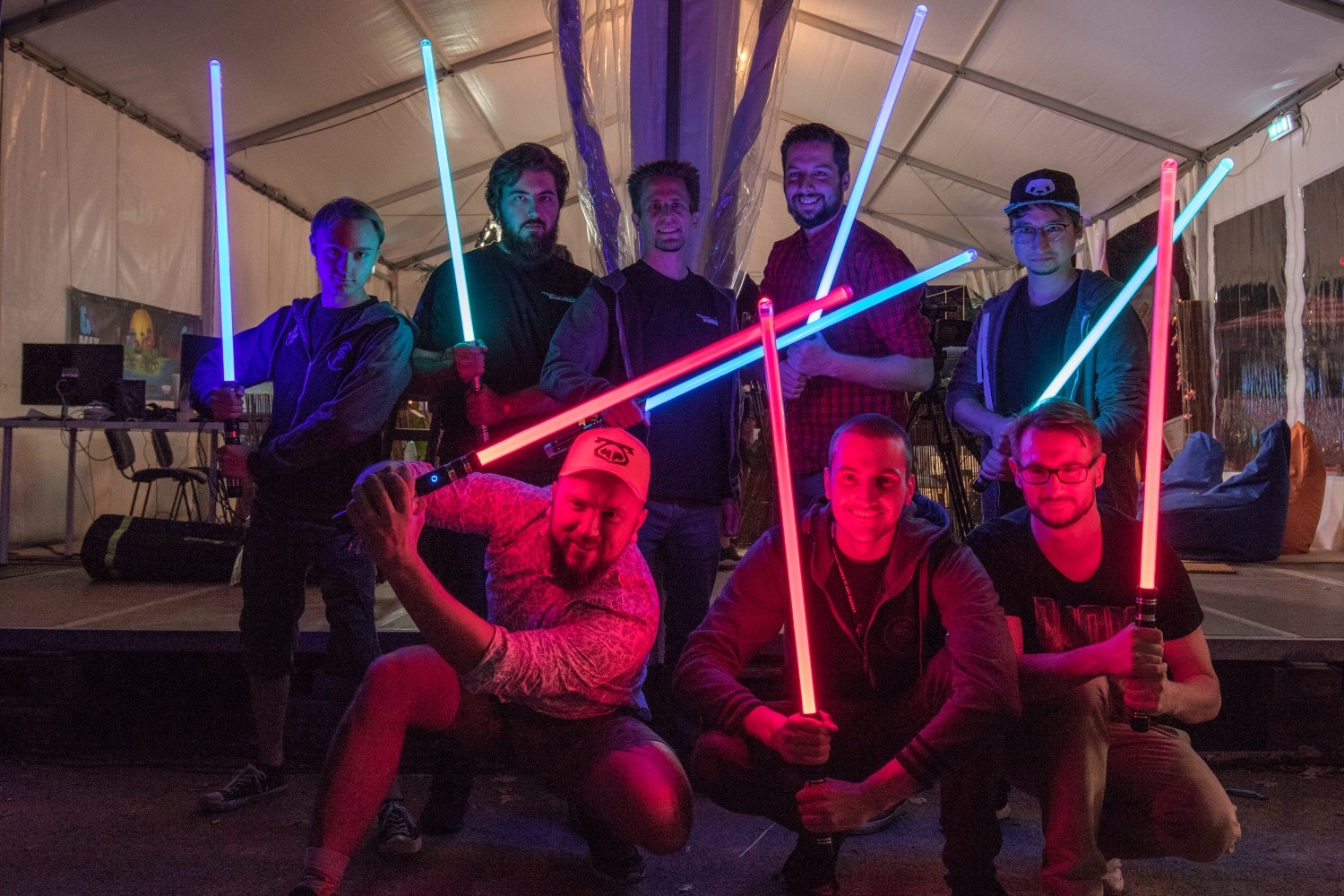 The gamescom is a happening for all the fans of pop culture, not just for gamers, and we have participated in it since 2014. We were part of the program in the Cosplay Village which was organized by Tommy Krappweis’ Bummfilm.

Beside many great photopoints, fan- and cosplay-booths there was a stage which was decorated in Witcher-Style this year because of the main sponsor.

Like last year we performed workshop-shows in which we didn’t just show off saber action and shared information about ourselves but also encouraged the audience in taking part. This way some visitors could learn some very basics of lightsaber choreographies.

A special highlight was our visit in the gamescom Camp where we were invited by GameStar. Together with Michi Obermeier, Shawn Bu (the director of Darth Maul: Apprentice) and other we were able to entertain the audience for about an hour.

gamescom is always worth a trip and a great events, not anymore just for gamers, but for pop-culture fans as well.