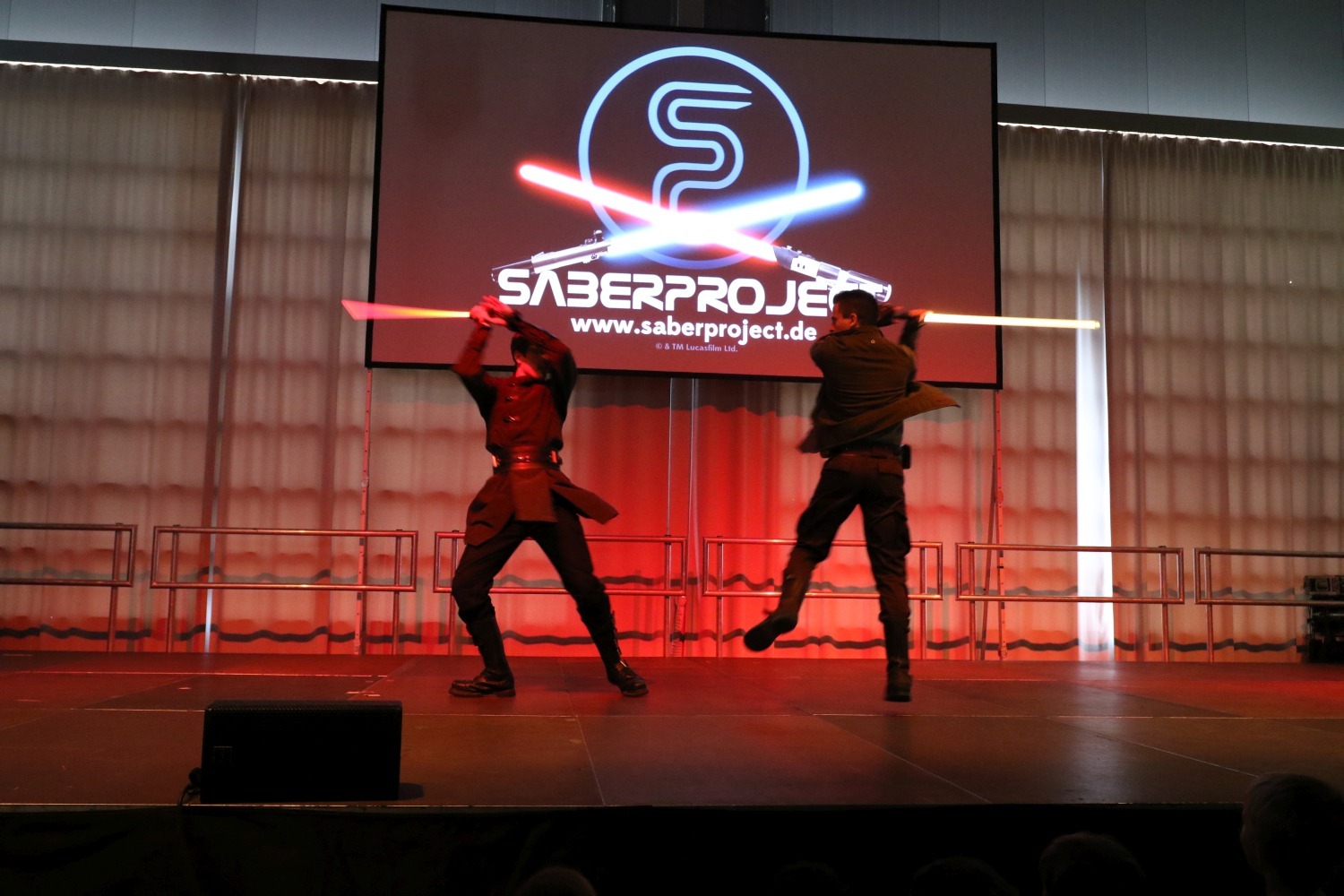 By now the Sciene-Fiction-days at Technic Museum Speyer held on the last weekend in September have a fixed spot in our event calender. This year held a few specialties that made the event even after all these years exiting and eventful. For the ten year anniversary of the event we did not only participate with our show as in the years before but we also offered workshops for younger and older Padawans and informed visitors at our big exhibition booth about the various forms of lightsabers.

To cope with the enormous streams of visitors we were accompanied by a big number of helpers which eagerly and patiently took care of our workshop area or watched our booth during our show times. Without their support this event would not have been possible therefore we would like to especially thank or helpers and friends today.

Those who have seen us on stage before know that we usually put a lot of effort into our show, are very committed and always look forward to presenting our show at Technic Museum Speyer every year. But this year after weeks of uncertainty we eventually had to cancel our normal stage program due to two members of our team being sick. That was why we spontaneously set up a small alternative program.

Instead of our regular program we first presented different small choreographies of our own and afterwards invited the kids from the audience on stage and showed them the first steps with a lightsaber. Although our program was a little shorter this year than usual the audience especially the younger viewers still reacted excited and with enthusiasm which was also represented in our fully booked workshops.

Together with the German Garrison, the costuming group Pa-Vis meets Mara and many other exhibitors, retailers and costuming groups we spent an impressive and eventful at Technic Museum Speyer and are hoping to be a part again next year when fiction will meet reality again.