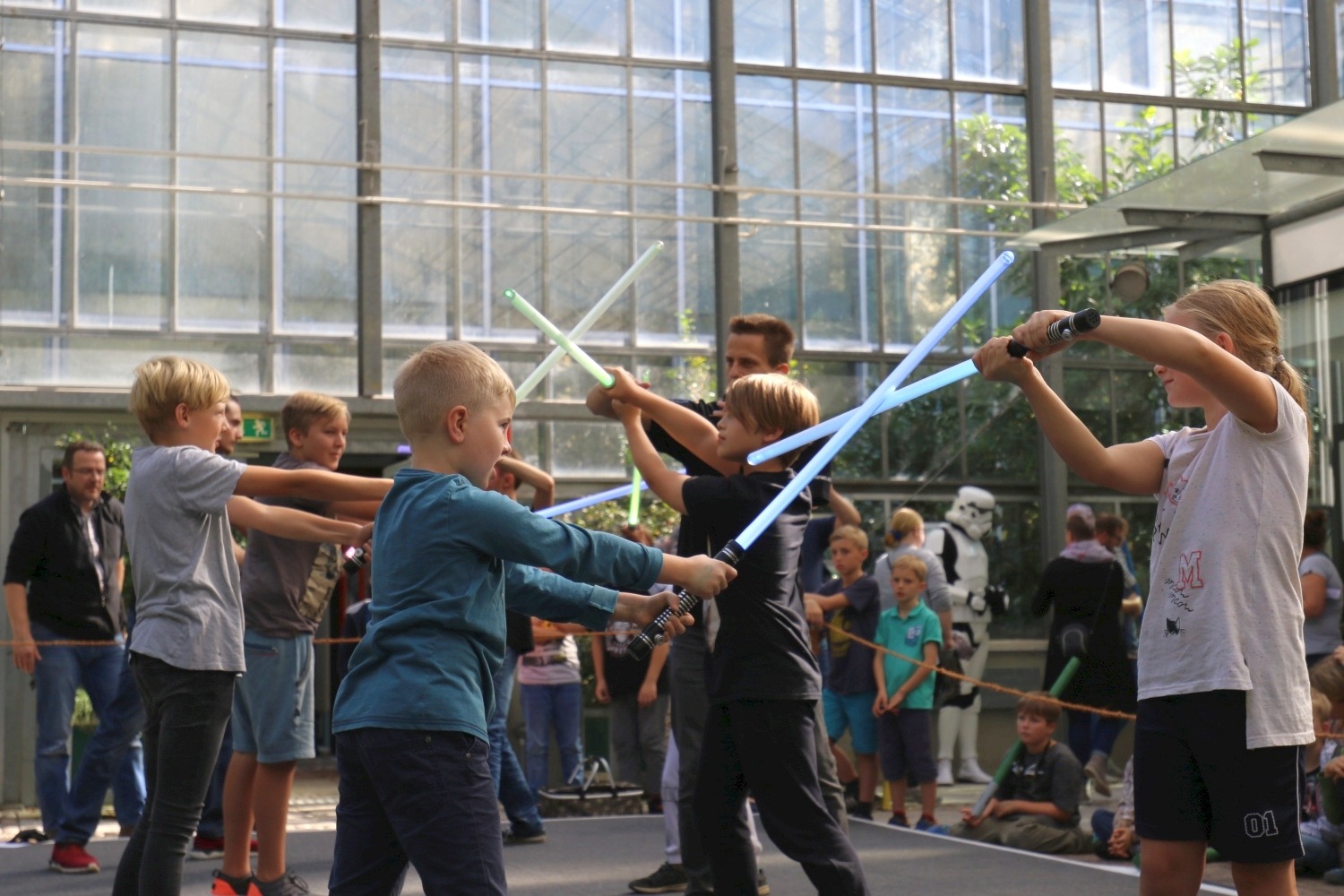 Usually we aren’t to be met in Northern Germany because there are less events taking place than in Southern or Western Germany. Thus we were very happy to follow the invitation of the “botanika goes space”-event in the botanika Bremen.

With the contribution of other fan groups, exhibitors, and sales booths with all different movie themes from fantasy-, sci-fi, or comic universes this unique event developed well especially because of the great location.

So cosplayers took their chance to take photos in a greenhouse built with reference to the Himalaya and surrounded by rhododendrons and azaleas.

Observed by a huge Buddha figure we performed in the Japanese Garden several times a day and held a workshop in basic lightsaber choreography.

The event is an insider tip for sure for the coming years. We experienced how a small event can develop into a huge happening from the example of the Sci-Fi Days in Technik Museum Speyer.