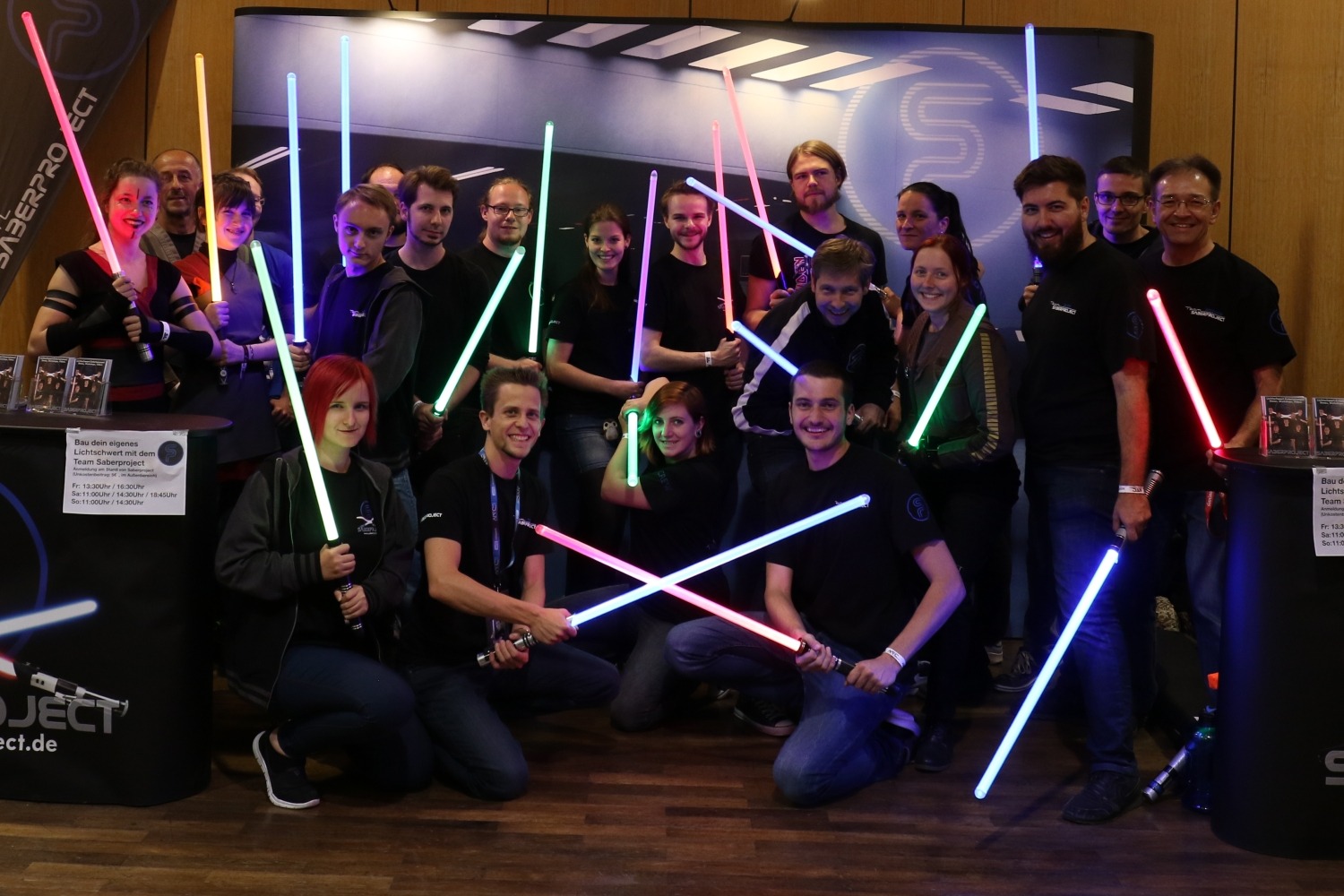 The Noris Force Con happens just once in three to four years and when it does Star Wars fans from all over Germany get on their way to Nuremberg. Organized by the Star Wars Fans Nürnberg one of the biggest Star Wars Convention in Germany takes places theme “from fans for fans”.

And of course we participated in this great event. We assembled our booth, charged our sabers and prepared for three eventful days from 21st till 23rd or September. or the NFC 5 we brought some new things and ideas: one of it was our new booth which was built for the first time. Some of you know our old booth where we displayed sabers of all kinds. Our new booth was created to follow an interactive concept: sabers can be tested on the spot and photos can be taken in front of our new photo point.

Furthermore we offered a workshop for crafting a very basic saber made from hardware store materials which was aimed at the younger lightsaber enthusiastics. The sabers don’t contain any electronics but aren’t to be destroyed easily. People who visited the panels with the many guest stars could also watch Tim on stage where he was one of the two MCs for the weekend, just like in 2015.

In summary we look back on a fun and eventful convention that we experienced from different perspectives out of our shows and our handicraft- and choreography-workshops. Pictures speaker louder than words so get an impression of the NFC 5 from our gallery!