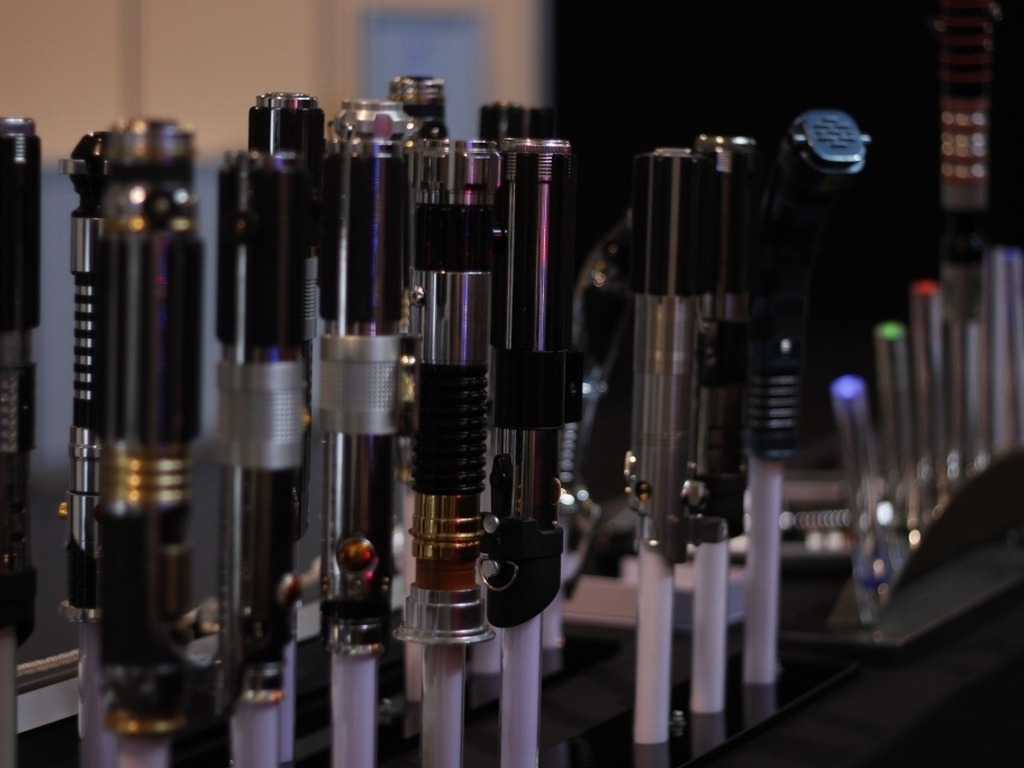 Exhausted from the first day of the event we arrived at the Essen fair trade Saturday morning.
Our mood lit up quickly, for there were already many people around and the halls were buzzing with noise. The merchants were busy restocking their booths, the members of the 501st Legion got dressed for the day and we as well started cleaning up and putting the sabers back in their positions. Only a short time later the first visitors dropped by our booth, asked questions about the Jedi weapon and let us show them one or another trick with the lightsaber.

While one part of the team went off exploring the area, watching the premiere of Episode II: Attack of the Clones or visiting a panel of one of the actors from Star Wars, the other members stayed with the booth.
Finally some of us got changed into their costumes for the first workshop of the day and made their way to the zone that was reserved especially for us and where a lot of children were already awaiting the workshop to begin.

Although we offered several workshops every day, we always had a great number of participants, so we could barely make our voices be heard. When we had equipped all younglings with lightsabers, we showed them an easy combat system, which they could use against Darth Vader in the end and finally get him to run.

Excited from this little show a group from a German TV channel asked us, if they might make some recordings for a morning show and we showed two Indians, who travel throughout Germany looking for curiosities, the right handling of our weapons.

Back at our booth we stayed in our costumes to walk around the fair trade and maybe even practice some of our choreographies. That way the second day passed much faster than expected and when the halls closed at 6 p.m. we also packed our things and spontaneously decided to spend the rest of this beautiful day in the park and eat something with some of our friends.

After we had finished our pizza, we visited a small bar, where the members of the German Garrison also dropped by some time later.

We stayed long after midnight and had a lot of fun with all our friends and acquaintances. But we were tired and exhausted from the day and therefore paid our bills and left, while the others still had their fun.