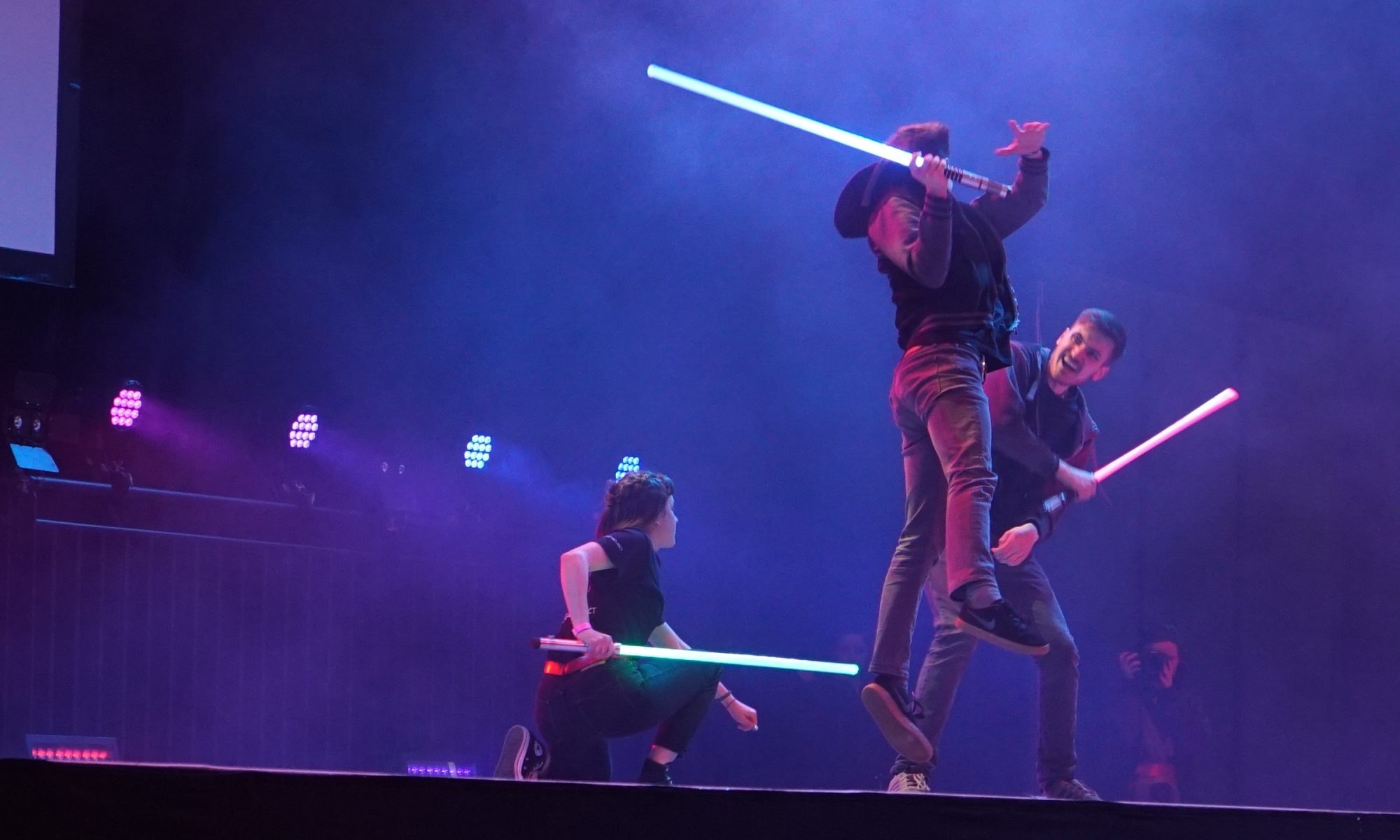 On March, 23rd we visited the Leipzig Book Fair and immersed ourselves in the Cosplay World and far eastern pop culture. In our review you will learn how we got along in a world that isn‘t Star Wars.

Every once in a while our hobby leads us away from Star Wars and to completly new experiences. For instance we attended the Microsoft Partners Confernce in Darmstadt and even participated in two music videos lately. On March, 23rd we went on a trip into the world of Manga and Anime as we visited the „Leipziger Buchmesse“ (Leipzig Book Fair), which is especcialy interesting for fans of far eastern comics.

When we arrived in hall 1 of the huge book fair early Saturday morning, we immediately met the first cosplayers and were happy to find the same passion and devotion among the fans that we already know from the Star Wars fandom. Be it Manga, Star Wars or Star Trek – in the end we all share the same passion for a hobby even though the fandoms are completly different.

We used the morning to rehearse some of our choreographies and to work on our program, that we were able to present on the main stage in the afternoon.

After succesfully training in the sunshine, we roamed the site, talked to cosplayers or marveled at the huge and diverse offerings of the book fair and trank in some curiosities.

Due to the many new impressions time flew and soon it was already time for our show. As we got the time slot in between the Cosplay Competition and the award show we were happy to have a huge crowd even though not everybody belonged to our main target group.

Following a K-Pop performance we fought on stage and were especially excited about the great performance of our younglings. Unfortunately our sound system failed which resulted in our swords not being heard and also not being able to play our background music. Nevertheless the audience created a great atmosphere and helped us in delivering an overall succesful show. During the following interview with the moderator we were given the chance to share a bit about our hobby and to maybe infect some new fans with our passion for lightsabers.

A little while later the Leipzig Book Fair closed for the day and for us it was time to say goodbye as some of us had to leave on the same evening. The other half of us spent an relaxing evening eating pizza and talking about our many and very different impressions of the day.