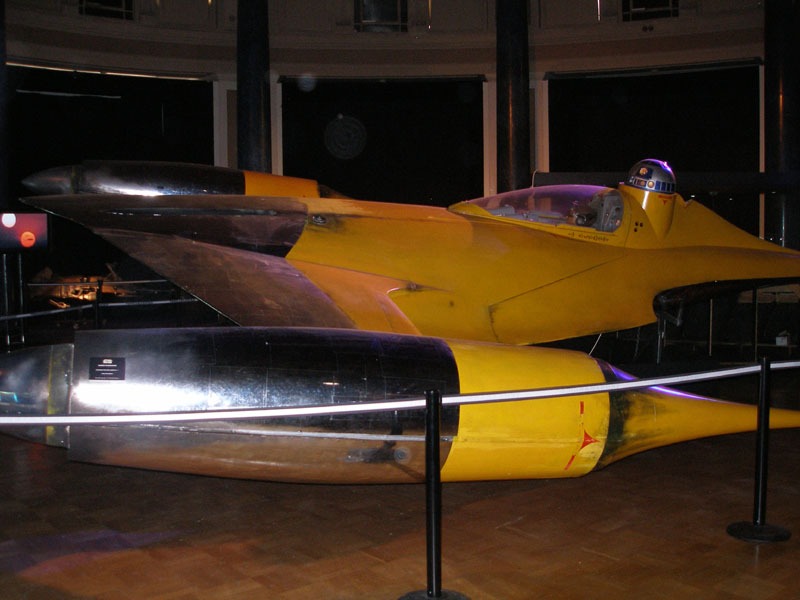 Lost in London – Day 1 – Thursday - Flight/hotel/search/Star Wars The Exhibition
Our flight to London was at 9:30, we had 6 kg excess baggage, but didn’t need to pay extra.

At about 9:45 local time (10:45 in Germany) we arrived in Stansted. We departed with the words “Stansted Airport, you will never find a more wretched hive of scum and villainy, we must be cautious” and headed for the baggage.

After succeeding in our first talk with English at the Tourist Information we were off to London city by bus. 2 hours later we arrived at Victoria Station and wanted to walk to the hotel by foot ...
... we should have taken the tube.

After plan less there and back searching we recognised that tim had a map with him. But when he was trying to read it we still went the wrong way. Alex turned out to be the better map reader. After about three hours foot walk we didn't want to search anymore and already wanted to take a cab but then we tried our luck and asked a passenger for the hotel.

15 minutes later we sat exhausted in our small apartment.

Since we wanted to visit the star wars exhibition we made us on our way. First Tim wanted to walk there, too but as we knew better we took the subway. Said, done: after about 10 minutes foot walk we arrived at Earls Count Underground Station and bought tickets. On our way we saw that we could have come from Victoria station and save 3 hours searching.

What we found strange in the sub were the calls "Mind the gap" at almost every stop (who has been to London will know it). When we got off at Westminster we saw a big, strange building and Tim asked "what's this strange church?", as soon as we saw more of this 'church' we recognized that this is Big Ben. So we also had seen Big Ben and were off to star wars exhibition.

At the cashier we recognized that our money was not enough for the return since we only had Euros left but we were not bothered, we just had to get in. And it was worth it, we felt like small kids and with a big grin on our face and big eyes we slowly (OK more totally hectic) ran through the exhibition.

After we „ran“ though the exhibition we decided to search for an Money Exchange Shop. Alex changed his money to british pounds and we could start back for our hotel in Kensignton, near Hyde Park. We arrived our “home” a little bit tired, but we were happy that this first day in London gone off without bigger problems.