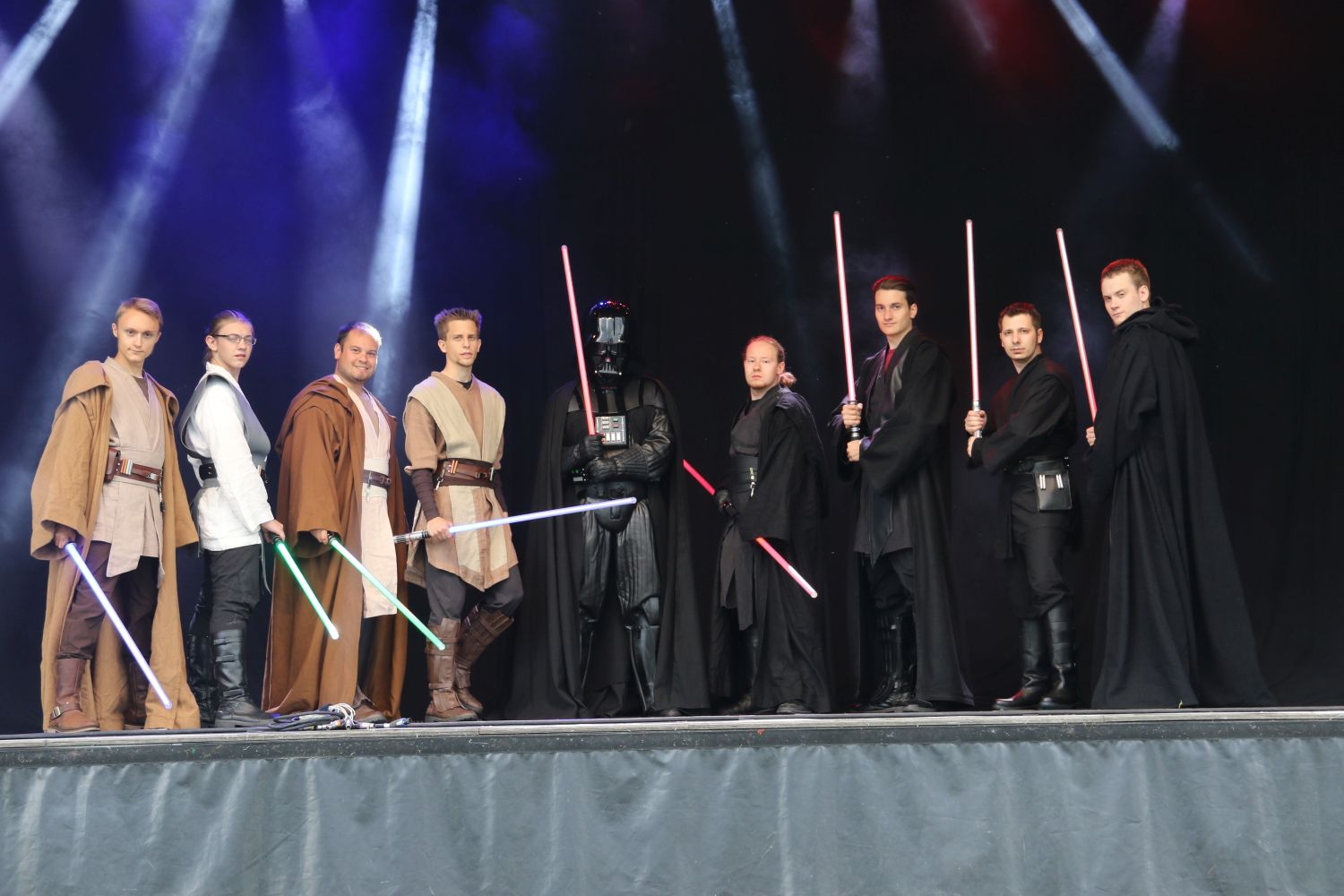 For the first of us the event started on Thursday afternoon. But where to go? To Switzerland to the Beaumonde Comic spectacle near Zurich. We were curious about what to expect because this event was not just organized for the first time but we were on the way to our first event abroad.

On Friday at about 9:30 pm all member had arrived in Switzerland but there was much to do before we made our way to the hosten. At first we wanted to get to know the organizers and volunteers while exploring the area. We paid a lot attention to the stages. The area itself was a sports park with a modern hall and a huge green area. Because it was slowly getting dark we wanted to continue our exploration tour on the next day, built up one of our fair counters and concentrated on the essential: the training for our stage performance. Until 1:30 am we practiced so that everything went like clockwork shortly after the opening. After that we had to find our hostel to take a short but relaxing nap because the stagecraft had to be built up and tested on Saturday morning.

For us the event officially started at 9 am. In the hall a tabletop- and videogame area was built up overnight. Actors, exhibitors, and sellers prepared themselves for the first guests which should enter the area at 12 am. In the meantime we got to know the stagehands and were able to peruse the stage performance on the open-air stage. We were satisfied because both the choreographies and the stage tech worked like clockwork.

With a short speech the event was opened punctually at 12 am. Shortly after the opening we performed on stage for the first at 1:30 pm to welcome the first guests. Because of the bad weather most of the visitors stayed away till early afternoon. Nevertheless we were able to persuade with our show. After a short break we could not believe our eyes because many cosplayers like Spiderman and Jack Sparrow seemed to be late risers. Not only Spidey and Captain Sparrow but even our Vader and his sinister henchmen became photo magnets a victim of the bright flashlight. A medieval sword combat was an eye-catcher too which was fought without pardon.

hortly before our second performance we traveled into the magical world of Harry Potter and played Quidditch with the visitors of the con. Although our brooms could not fly and bludgers did not find their target automatially we had a lot of fun to hunt the golden snitch. We just had a short break because we had to be on stage in the multipurpose hall. There we had to perform twice on Sunday. Shortly after the Jedi prevailed over Vader we talked about our weapons from a more civilized age with the visitors and our sword masters taught younglings how to deal with a lightsaber.

For the visitors it was a highlight to see a fight between Jedi and Sith but holding and wielding a lightsaber would cap it all off. Glen Harmony a folk band from the Netherlands brought the day to a close. At 12 pm we fell like zombies to bed and should not rise before 8 am on Sunday.