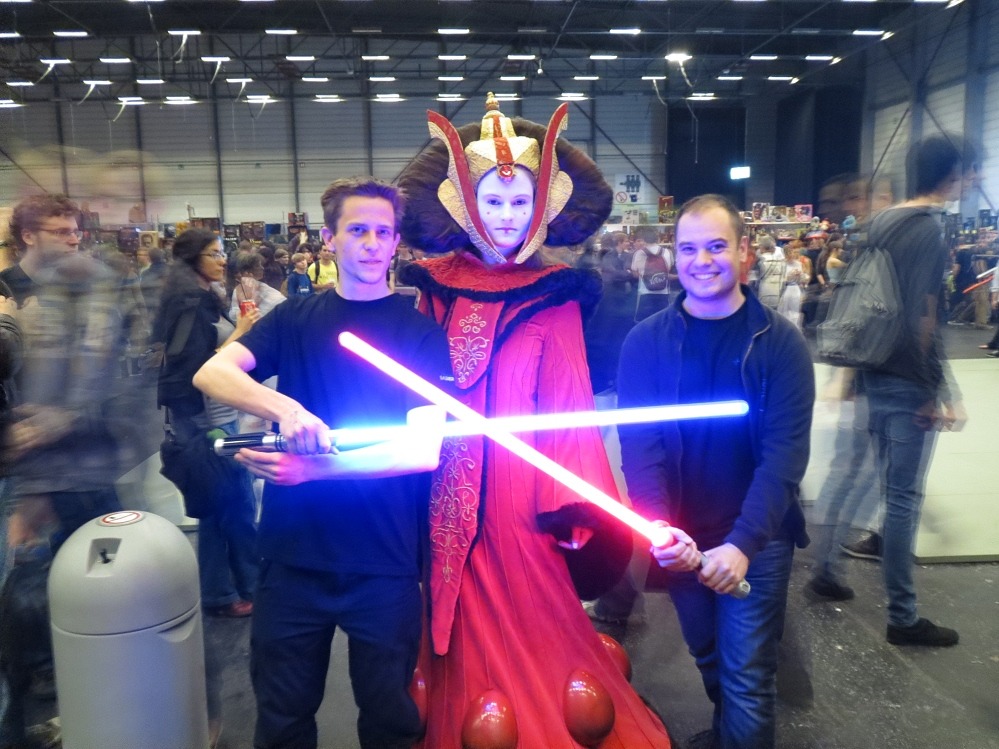 When the alarm bell rang, we struggled to get out of bed after a night that had been far too short, while Markus asked himself – not for the first and not for the last time for sure – why we perform a hobby that drives us out of bed on a Saturday morning at 7 a.m. Some time later we had overcome our idleness and went for the cars to drive the two-hour-trip from Essen to the F.A.C.T.S. in Belgium.

We arrived in Gent at 11 a.m. and when we entered the area we saw that a large queue already had formed in front of the hall’s entrance. But time passed by quickly, for even here were a lot of costumes to admire, which put us into the right convention-mood. Thus we made our way into the hall soon after, where fans of fantasy, anime, science-fiction and comic were getting together.

We fell into line and strolled through the hall, had a look on the merchants’ goods and even discovered some really rare Lightsabers that we unfortunately could not afford. Nevertheless we left the merchants‘ hall at noon and made our way into the second hall, in which we met with Daran and Susan from JQ-Sabers and Erv’ from Plecterlabs, who we had not seen for years. By this means we spent the next hours with talking shop and presented some of our newest sabers.

In the afternoon we decided to leave the hall and twirl and fight a bit with our sabers in the meadow in front of the halls. Soon we had the attention of some visitors and willingly answered questions of Star Wars and Lightsaber fans. For the weather was not very good that day, we took our leave back into one of the warm halls a short time later and spent the rest of the afternoon with our friends and acquaintances at the booth of the Rebel Legion. When the convention closed at 7 p.m. we drove to our hotel very, which turned out to be a castle-like building with towers, dark corridors, open fireplaces and huge paintings.

Although the building reminded us strongly of a typical haunted castle, we were far too tired to explore the appealing corridors any further and soon retired to our rooms and went to our beds, exhausted from a long and very eventful day.