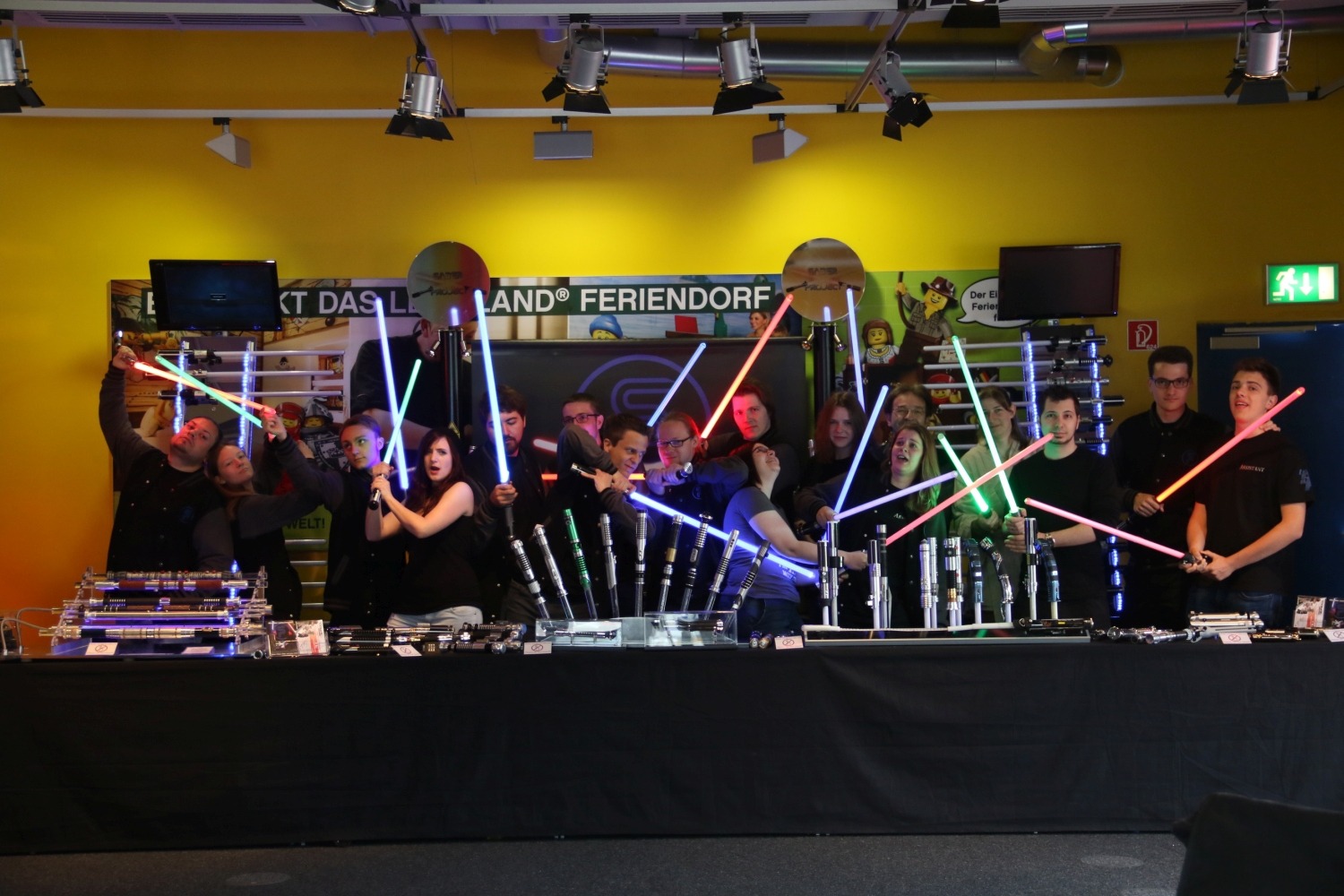 The Star Wars Days at Legoland Germany have already passed. From May 26th to 29th we were guest for the seventh time in a row and immerged with our friends from the German Garrison, Rebel Legion, Star Wars Fans Nuremberg; and lot of other friends in the theme park in the bavarian Guenzburg in the world of George Lucas.

The event already started on Wednesday with the greeting of all team members and assistants. Together we built up the booth at the Mindstorms Center. After displaying all the collectibles and props we let the evening end because the next day should start very early for the rehearsal of the new show “A spark of hope” which traditionally celebrated premier at this event.

In the show the Jedi had to fight against the dark side of the force. Not only the light side had to fight thrilling combats against Kylo Ren and his henchmen. Lots of skill, courage, and unexpected twists were experienced by the audience in ten performances allotted over the event days. The story which illustrate the backstory of “The Force Awakens” was engraved by known voices. So it was not just a unique moment for the Jedi when the voice of the Jedi Master Luke Skywalker spoke via hologram and guided the way.

Of course there were lots of things to see alongside our show. Over 200 costumed participants marched through the park and made their group shooting in the Lego Arena. Also rtar guest Tim Rose known as Admiral Ackbar in “Return of the Jedi” and “The Force Awakens” signed autographs. A highlight was the great dinner with a majority of the participants Saturday evening before we disassembled the booth after our last show on Sunday the day after.

We want to express our special thanks to our fantastic assistants, who were the best support the could wish for. You're always great at every event!

You will find more impressions of all four days, sorted by our shows, the Mindstorms Center and the park in general in the other tabs of this report.