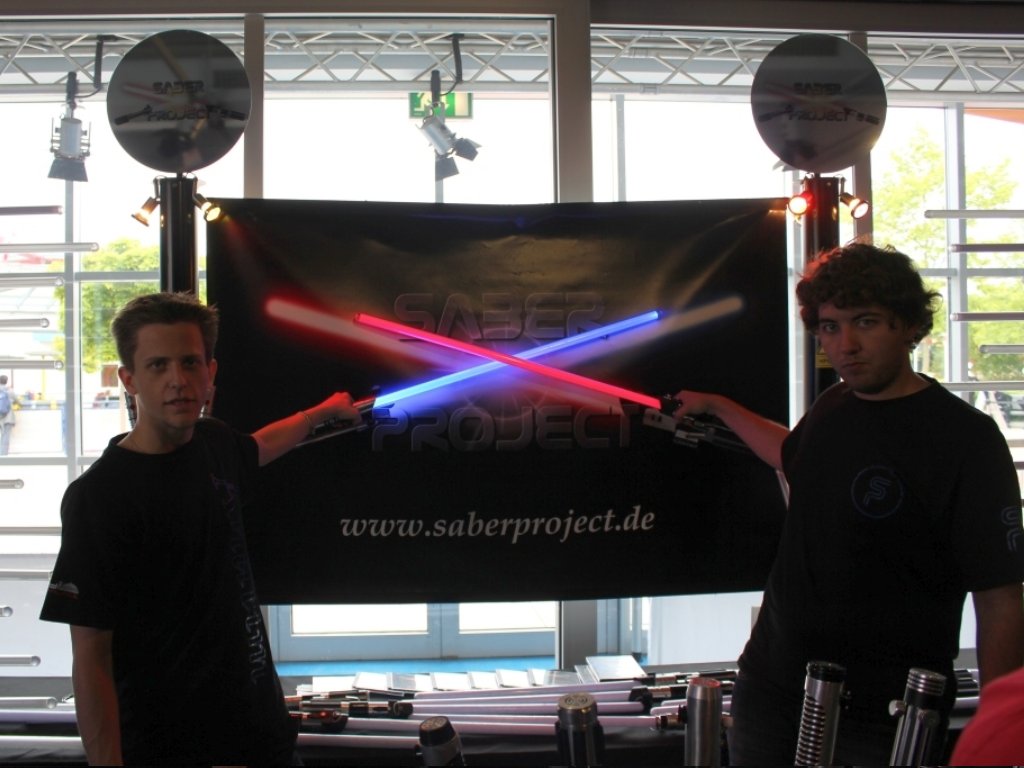 We had some problems to get up Sunday morning, for we had been able to relax the evening before. However we were at the Legoland at 8.30 a.m to take some more pictures of the Miniland.

There was not a large attendance that day, so we had much time to go on some rides as well and admire the Miniland, in which we would still find something unknown even at our third visit in the park.

Although the terrain nearly seemed empty, the Legoland Arena was filled to the top for our show at 1 p.m. and again we performed a show, which excited the audience and enchanted especially the younger generation..

We also took the opportunity to take a video of the performance with a camera, which was fixed at the belt of Alex' Vader costume and which was soon known as our so named "Vader Cam".

Like the day before there was another parade of the German Garrison, in which we took part as well and marched through the park. We made our way back to the arena subsequently.
When we had finished the last of our eleven shows we put away our costumes and said good-bye to the members of the dancing group Laudonia, who had enthused the audience before our show at the Legoland Arena and with whom we had shared the wardrobe's narrowness.

Back at the booth we answered questions and even discussed topics like building a lightsaber and electronics with some visitors.

When the park finally closed at 7 p.m., we could also calm down and began to feel the stress of the last days. But there was no time for relaxing - the booth had to be dismounted and stored for the transport.

While the German Garrison and the R2-Builders packed up, we began to clean everything up and put away our sabers and minis. The pictures and videos of the last days were collected. Afterwards we got the cars and started dismounting the booth and store everything within the minibus.
Upon having packed and cleaned everything up, we drove to a restaurant for one last time and summed up the last four days.

Due to our assistants, we have overcome this event without any greater problems. They were at our side the whole time doing great work in front of or behind the scenes.

We want to thank Werner, Daggi, Dino, Hendrik, Timo (f.l.t.r.) and René (not on the picture on the left). More thanks go to the Legoland Germany for the friendly welcome as well as to the German Garrison for the successful collaboration and support in our stage program.

We hope all of you had as much fun as we did and we are looking forward to maybe seeing you next year again in the Legoland Germany to the Star Wars Days.